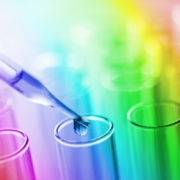 Preimplantation Genetic Testing (PGT) allows the determination of some genetic characteristics of the embryo in culture, before its transfer to the maternal womb. To do this, it is necessary to undergo an in vitro fertilization (IVF) cycle that allows a certain number of embryos from the couple to be available. The genetic determination will be made from the embryonic DNA obtained from the biopsy of one or a few cells of these embryos. The invasive nature of the biopsy, according to some authors, could diminish the embryo’s capacity to implant. However, when the biopsy is performed by expert hands, no differences have been observed in the ongoing pregnancy rates between biopsied and non-biopsied embryos.

Can another source of embryonic DNA be made available without the need for an invasive technique?

Several authors have published the possibility of making a diagnosis from the DNA found in the culture medium where the embryo grows up. The results obtained to date, although encouraging, show that it is still necessary to continue advancing in this field of non-invasive PGT.

What is the origin of the embryonic DNA found in the culture medium?

It is not known with certainty.

It may come from embryonic cells that have initiated cell death (apoptosis), or directly from lysed (broken) cells. Whether or not the DNA of these cells is representative of the entire embryo is yet to be answered.

It may be contamination by DNA of parental origin, either from spermatozoa (which adhere to the embryo after fertilization) or from granulose cells (cells that accompany the oocyte). In any case, this possibility could be excluded by carrying out an intracytoplasmic sperm injection or ICSI and an exhaustive mechanical elimination of the granulose cells.

Finally, a possible source can be also the DNA contained in extra-cellular vesicles that would function as messengers between different parts of the embryo. If this is the case, it could well be an excellent source of DNA for diagnosis.

Are the results so far reliable?

At present, there is not enough evidence that the result obtained from the analysis of embryonic free DNA in the culture medium can be used at the clinical level. The levels of concordance between the results obtained in the DNA from the embryo’s biopsied cells and that obtained from the culture medium are not sufficiently aligned. A relatively high false positive rate is observed, which means that embryos are wasted when they are diagnosed as abnormal when they are not. Considering that it is a technique used when the embryo has reached the blastocyst stage (days 5 to 7 of embryo culture) and that not many embryos reach this stage, the possibility of losing some of them due to a false positive is not very flattering.

The discussion is open between different authors regarding the possibility of using the information obtained in a non-invasive way (which would certainly be a very simple way of having embryonic DNA) even taking into consideration the possible loss of embryos due to false positives, as opposed to the possibility of reducing the implantation power of the embryo when applying an invasive procedure.

Without a doubt, if the origin of the embryonic DNA in the culture medium is known and its results are reliable, non-invasive diagnosis will open a new era in the field of PGT.

Until then, we will have to keep on walking.